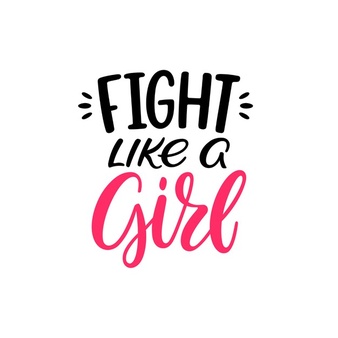 Today as I was talking to a Restored Warriors Brother, The Lord dropped this into my heart for him.  I want to share it with you!

When a woman is faced with breast cancer, very rarely will you find that woman withered up and defeated.  No, you will find a mighty warrior rise up in her.  There is a possibility that she is going to loose some of her identity, he womanhood.  There is a possibility that she is going to loose a part of her she holds important.  What does she do?  She allows a fierce lion to rise up on the inside of her.  A David, on the battleground with Goliath, Warrior!  Actually, a faith bigger than that David had was more possible.  She doesn’t allow defeat, doubt, or fear to settle in.  When another bad report comes, she finds that inner strength to keep going, to fight harder, to conquer, to win!  She is battling for her identity, for her womanhood.  She will only accept defeat when she has fought with everything inside of her, and still searching for more!  She, is a woman.  Made in the image of God and taken from man.  How dare we, say our battle is to hard?  How dare we cave in under temptation?  How date we give up?  We were first designed by God, she is in our likeness!  Instead, we need to pull our boots back on, stand up against the enemy and say NO MORE!  No more will you win!  No more will you have this over me!  No More!  Its sad that when we get the smallest urge we cave in, when she fights for her life, even if no one else does!  No More!  It is time we as Men of God rise up, Stand Up, Get Up and Fight Like A Girl!

“For a man ought not to have his head covered, since he is the image and glory of God; but the woman is the glory of man. For man does not originate from woman, but woman from man; for indeed man was not created for the woman’s sake, but woman for the man’s sake.” ‭‭1 Corinthians‬ ‭11:7-9‬