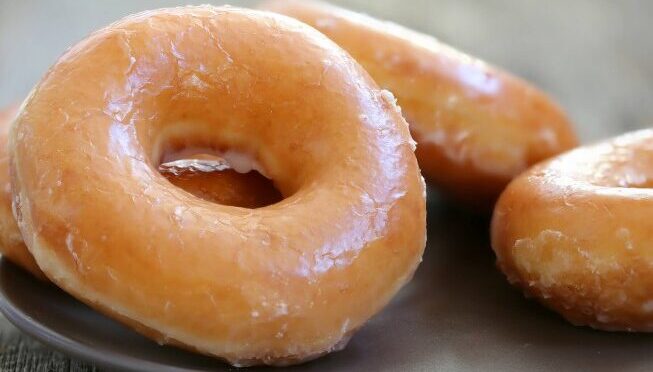 July 2nd, Today started out no different than any other day. My friend David is coming by at 8:30am to drop of a pair of pants he needs hemmed. After he left, I thought I hadn’t had breakfast yet, so, after I get my sweet tea from Kidd’s, I’ll run by Jackson Donuts and get some donuts for breakfast. Right after pulling out of Kidd’s, a young man speed out of a side road, cutting me off. I swerved over and was right next to him. Having tinted windows, he couldn’t see the look I shot him. It’s a good thing, since I’m wearing a Cape First Men’s t-shirt, probably wouldn’t be a good witness.

As I pulled into Jackson Donuts, the kid pulled in also. He parked a ways away. I pulled in and parked. As I stood there thinking how good these donuts are gonna be, I heard the door open. I looked back, there were 3 young men. God quickly told me, “buy their donuts.” I told the person behind the counter I wanted a dozen regular glazed donuts. She got them and asked if there was anything else? I said yes, get whatever these guys want. The 3 young men were completely taken off guard. They commented they would have to pay it forward, I said, yes, please be nice to someone today. As they ordered, God quickly told me, you can’t not pay for that lady standing over there, so I told the clerk I would pay for hers also. Everyone was happy, $25.00 later. I should probably tell now, that as I pulled through Kidd’s, I got to the window. I am one who will hand them a $5.00 and say, pay for the next 4 people behind me. (drinks are $1.00 each). Well, today, I got up to the window and Sheila handed me my drink out and said, the lady in front of me had paid for mine. I handed her the $5 and said, ok, pay for the next 5 behind me. I love to do random acts of kindness. I’ve done it for years, but after Pastor Gary had the “One Voice” conversation at church the other day, I think it is even more important now. After all, “I can do better” is on my wrist as a constant reminder.

So, pulling out of Jackson Donuts, I needed to run by Lowe’s to pick up some doorbell wire. I was putting in a video doorbell and only needed 2 feet of wire to make the connection. As I drove to Lowe’s, I passed a business who back in the fall, did a very bad thing to me and my business. Costing me what could have been $100’s a week. But, having just started going to Church again, I decided then, I was going to trust God. Not one week has gone by yet, that I have not had more business than I did when I did the work for them. Even during the Pandemic, God supplied the money. So, as I drove by, what did God say? Stop and give them my dozen donuts. I was like, Uh No! That’s not God, that’s my crazy mind. After all, I was hungry for those donuts and they will be great to also give to customers today and tomorrow as a nice random act of kindness.

Well, walking down the isle of Lowe’s, there was a spool of 100 feet of wire for $20.00. Or I could wait for someone to cut me 2 feet and pay 86 cents. So, I decided to wait. As they notified someone to come cut it, I stood there, now hearing, I told you to give them the donuts. This went on for 20 minutes, til the person to cut my wire showed up. By now, I had a bride coming by for some emergency work on her wedding dress. As I returned home, knowing she would be there any minute, I left the donuts in the car saying I would return out there after she leaves. I met with her, then going out to get the donuts, God spoke again, take them the donuts.

I called my friend Kim and said, you won’t believe what God is telling me to do. We both laughed and I told her, I’m leaving now to take them. She said, I hope they are nice. As I pulled up into their drive thru, again tinted windows, the young lady who had started the disturbance back in the fall opened the window. I rolled my window down. I was greeted with a “Well Hi”. I said hello. There was some quick small talk about her recent engagement to the owners son. She then said are you picking up or dropping off? I said dropping off, and reached over and picked up the donuts and handed them to her. She quickly looked in the box and said, Oh Wow, Jackson Donuts. I told her to enjoy them and drove off.

As I pulled out of the drive, the thought went through my head, go back now and get more, but then quickly followed by, ya, just for God to tell me to give those away also. Upon returning home, I remembered I had not gotten the mail. Opening the mailbox, there was 1 letter. My friend Kim, is a social worker. Me being disabled because of my brain surgeries, she told me back in the winter about a company that dismisses student loans for disabled people. We applied, I remember it would take around 6 months or more for the process to happen.

Opening the envelope, I read, the $15,000.00 I owed in student loans, has now been forgiven. Then, a phone call came in. 15 years ago, I was diagnosed with Diverticulitis and the beginning of Crones disease. I had to have colonoscopies almost yearly. Well, yesterday (July 1st) I had my latest. They were calling to inform me that, they had found only 2 polyps, where normally there was at least 20, none were cancerous. They also found no signs of Diverticulitis or Crones. My next colonoscopy is in 5 years, not 1 year.

As I stood there, God quickly reminded me that my hips and knees, which were scheduled for replacement over the next year, still didn’t hurt or grind after being prayed for at the recent Healing Conference held by The Healing Rooms. So, as I get ready to lay down for the night, my heart is so full with how good my God is. He is doing just what he said he would do. Never leave or forsake, and supply all my needs.