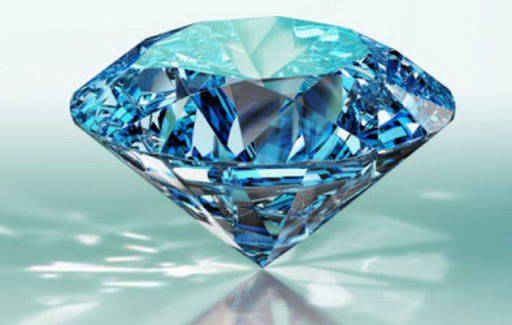 I recently wrote this for a Brother who was ready to give up.  Ready to throw in the towel.  Although written for him at the moment, it can apply to each of us!

It can cut glass. It is what every woman wants. Queens & Kings are adorned with them. Beauty Queens are crowned with them. Men work their butts of for them. What am I talking about? Well, deep inside the earth, there are stones. These stones, when one man sees them, it’s a rock. Yet when another man sees it, he sees a precious jewel. For years and years that rock was pressed, formed, pressed, formed, then pressed some more. It was then one day dug up and thrown into a pile of dirt. Sifted, washed clean and then judged. To one judge, it’s worthless. To another, it’s priceless. Yet, it’s not until that rock starts being chipped away at, do we find out if the guy who thought it was priceless, was right. After chip and chip and chip, the artist defines and reveals what he sees. Until one day, a diamond appears. It’s value, well, that depends on who is pricing it. You see, we are like that diamond. We are buried in our mess, pressed in our trials, we are pressed in our actions and we are pressed in the worlds judgements. Until one day, a guy comes along who pulls us up and says, I’m gonna make something out of this guy. Just watch. As he chips away at us, refining us, each chip being more painful then the last. Until one day, he wipes us off to reveal an awesome person. One who has it all together, respected and loved. It’s that person that everyone wants to be like. His value, priceless. Who is the stone? You and me. Who is the man chipping away, Jesus Christ. Who puts our price on us? God. Well, to Him, we came with a cost. We cost Him His only Son. The one He loved the most. He gave up, for you and me. So I ask you. Are you ready to be a diamond? Well, when life gives you situations, it’s how you handle them that is a chip away. When trials come, another chip. When things look their darkest, another chip. Everyday we are chipped away at by our creator. Don’t let anything get you down! I believe in you! I know what God has planned for you! The trials you are facing today, God has known about since the beginning of time. He wants you to do it His way. Yet, He is a gentleman and he is allowing you to define your outcome. Don’t give up when you have come so far. Don’t give in under the trial. I know that God has a bigger and better plan for you, you just gotta take your chips.