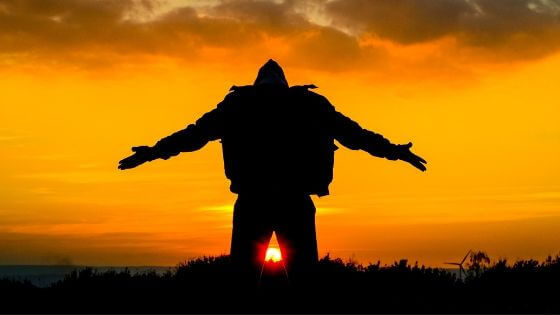 We have all been in that situation or place in our life where God is calling us to give it all to Him.  He is tugging at our heart.  He is putting us in an uncomfortable place where we are having to make a decision to give up and surrender, or to turn and continue in our life the way we had been going.

‘Then he said to the crowd, “If any of you wants to be my follower, you must give up your own way, take up your cross daily, and follow me. ‘ Luke 9:23

Id like to share with you a few of my life’s struggles and how God has turned them around to His glory.

Growing up in a faith filled home, around the age of 12 I found myself in a field behind a friends house, looking at playgirl magazines my friend had found of his fathers.  This led to me being told to perform acts that no child should ever be told to do.  As my life from that moment on started to spiral down hill, so did my faith in God and the fact that he loved me, beyond my failures.  The lies of God doesn’t love you, because you did…. was a lie that would ring in my head for nearly 40 years.  After my teenage life, that filled with heartache, defeat, regret and trouble.  A life filled with one night stands and the very deep unfulfilled wounds of prostitution, in the height of the AIDS epidemic.  Loss after loss of loved ones.  One weekend at the clubs they would be there, the next they would be dead.  Seeking for contentment, yet finding nothing but loss.  This was topped off with the loss of my Grandmother, who was my best friend, the one who knew me best and still loved me, taken away in a moment to leave me alone, angry and hurting.  This drove me deeper into my drug addition and drinking.  I continued to question why.  Why had God turned his back on me?  Why did he love everyone else but me?  I was beyond His love.  Until, one night, in a revival type church service, God spoke to my heart, one more time, saying, raise your hands in surrender, and I will change your life forever.  With that, I lifted my hands, a sign of surrender and my life was instantly changed, still AIDS free.

So humble yourselves under the mighty power of God, and at the right time he will lift you up in honor. 1 Peter 5:6 NLT

In March of 2020, God revealed Himself to me in a dream.  As I remember laying there, seeing a large screen before me, I saw myself reaching out to men, pulling them to safety and watching their lives be restored by God.  Upon waking up, my mind was a whirlwind of how’s and what’s.  A few nights later, I had a second dream.  I saw men by the thousands, same thing.  Being pulled to safety and being restored.  A few nights later, that vision changed.  I saw it all as I watched from behind a computer monitor.  After the 3rd vision, it was clear, God was calling me into a ministry to men.  What was at one time thought to be for that of same sex attraction, later changed to one for men in general.  You see, God showed me the bigger picture.  Same sex attraction deals with the same issues as heterosexuals, pornography.  Its all part of the evil web woven by lust and desires, developed in the brain.  After many other events, Restored Warriors was launched in September of 2020, a life that I had to surrender all to.

Don’t love money; be satisfied with what you have. For God has said, “I will never fail you. I will never abandon you.” Hebrews 13:5 NLT

One night, while traveling to my dear friends Dwight & Kim’s house, I had found myself in a financial slump.  I had recently turned my life over to God, and was beginning to rely completely on him.  Well, I had just traded cars.  The taxes were due and the temporary tag was expired.  Still, not feeling secure at my home, I needed to fulfil my need to be around people.  Shortly after pulling out of my driveway, I made a turn for their house.  As I did, a police officer turned in right behind me.  My heart fell.  I knew that red & blue lights were about to come on, I would be fined for expired tags and probably my car impounded.  As I continued to drive, in complete anticipation, all I could do was pray.  God, you said you would take care of me.  I have surrendered my life to you, now look at this.  I’m about to get pulled over and get a ticket.  I don’t have the money, yet you said you would supply my needs.  You know I have to have a car, it’s a must, not a need, yet you are about to let me get a ticket.  On and on my cry resounded in my car.  I continue to glance in my rearview mirror, when all of a sudden, it happened.  The police man turned a different direction.  Then, so did my prayer.  Thank you God for him turning, but you still didn’t have to let him pull in behind me to begin with.  Then I heard as clear as a bell, “You didn’t get a ticket did you?”  With that, tear started to flow down my face as I began to say Thank You!  The next day, a new client called with a large order and wanted to pay it in full, before the work was to be done.  The amount?  Five dollars more than was needed to pay for my taxes and tags for my car.

So humble yourselves before God. Resist the devil, and he will flee from you. James 4:7

One more story… Some of you had the pleasure of meeting my best friend, Boo.  For those who didn’t, Boo was my boxer dog.  For eight and a half years Boo and I were together.  He went everywhere I did.  We were maybe apart eight days in his eight and a half year life.  Boo lived the life that was fit for a king.  He was loved by everyone and he loved everyone.  Shortly after the Restored Warriors one year anniversary Reunion, Boo’s health started going down quickly.  Less than one month later, he was gone.  How could a God who loved me so much, take such an important part of my life away?  How could he want me to be all alone with no one around?  Well, it quickly became more and more obvious.  God put Boo into my life to get me to a place of being comfortable being at home alone.  God knew that there would come a day when I would need to be on my own, able to be away from home and do more of the work that he has placed me into.  So, with Boo’s passing, I have had to refocus my life and attention.  I no longer have a distraction or hinderance from being able to be where God wants me to be at all times.  Oh, there are still nights of loneliness, but, God has again shown me the fullness of this ministry and the direction that I must be able to take it, and that if forward.  Boo is missed daily.  But without Boo, I can now carry this ministry to a new level.  Again, I am able to Surrender everything to Him.

Don’t copy the behavior and customs of this world, but let God transform you into a new person by changing the way you think. Then you will learn to know God’s will for you, which is good and pleasing and perfect. Romans 12:2 NLT

What does the future hold for me?  For Restored Warriors?  There is only one that knows the answer to those questions, and there is one thing for certain, I will continue to surrender my wants and needs to God, putting Him in front of all other things.  Being able to say, I Surrender ALL!