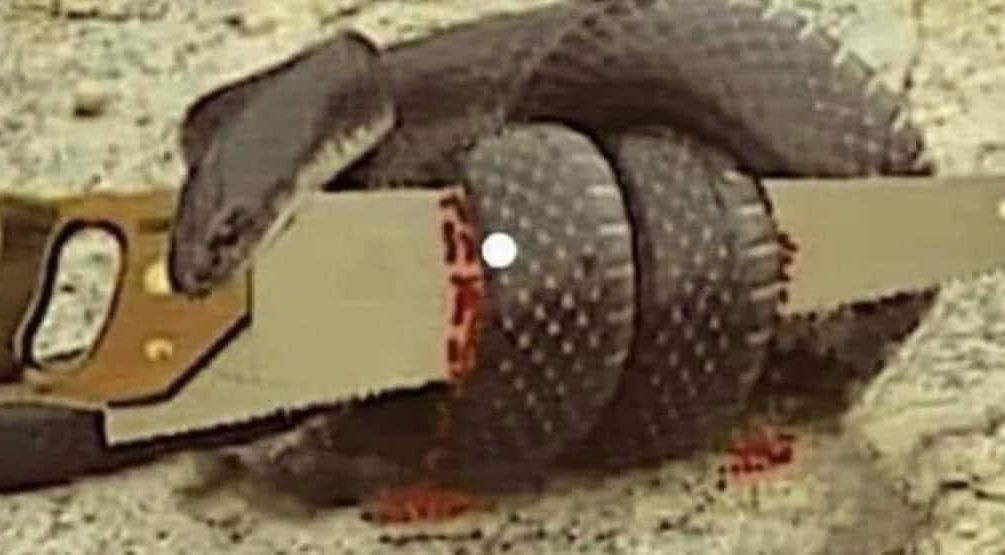 There was a snake that crawled over a sharp saw and was cut.  In anger, the snake wrapped the saw with its thick body and proceeded to squeeze the life out of the saw. (Its natural defense.)

With each angry squeeze, it felt more pain but continued because it wasn’t going to let the saw get away with the pain it caused it. The more he squeezed, the more he bled.

The snake, refusing to let go of the saw, eventually died. Not knowing the whole time, he needed to let go of the initial pain, stop the bleeding, and focus on his future and where he was going. Instead, the snake lost his life and didn’t even see it coming. He thought he was winning.

Let go of any offense in your heart, forgive those that hurt you, and don’t give the enemy an open door to torment you.

It will eventually kill you.

Not sure where I found this, but was worth reposting.  If the author is known, please email me contact@restoredwarriors.org for proper credit to be given.