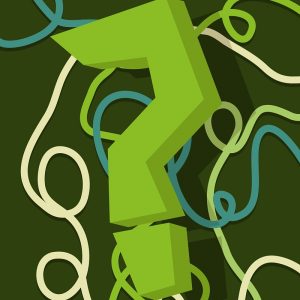 If you want to learn how to practice great self-care through using effective boundaries, you’ll need to understand the difference between requests, demands, and ultimatums.

Request
an act of asking politely or formally for something

Ultimatum
a final demand or statement of terms, the rejection of which will result in retaliation or a breakdown in relations

The difference between requests, demands, and ultimatums aren’t well understood—even by people who have some awareness of good communication and boundaries.

In effective and relational boundary work, there is no place for demands or ultimatums.

You’re probably thinking, “but aren’t there exceptions for outrageous behaviors like sexual infidelity?” The short answer is no. Even in relationships that have been devastated by sexual betrayal, ultimatums and demands don’t work.

A demand sounds like, “you will/won’t __________.” No one can tell another person what they will or will not do. Ultimatums are threats made in the form of a demand. If the demand isn’t met, the consequence is frequently the end of a relationship.

A boundary expresses what one will and will not accept in a relationship, and clearly states how the person setting the boundary will practice self-care if the boundary is violated.

Boundaries are not demands, ultimatums, or punishments.

Unfaithful spouses often say that their partner gave them an ultimatum when in reality the partner expressed a boundary. It’s important to understand the difference. Below is an example of a boundary set by a betrayed partner:

My expectation is that you will honor our agreement to be sexually faithful. If you have sex with a prostitute again I will leave the relationship.

This is an example of a “non-negotiable” boundary. Non-negotiables are relationship deal-breakers.

Non-negotiables are often interpreted as ultimatums. And, in fact, if the betrayed partner’s sole intention is to control or get a reaction from her spouse, then it’s a threat rather than a boundary.

This boundary doesn’t tell her spouse what to do. The betrayed partner isn’t making a demand. She’s letting him know that if he chooses to have sex with a prostitute, she will leave the relationship. This is a clear and relational statement of a boundary.

He may call this an ultimatum and say she’s being unreasonable. This is distorted, victim thinking. She has a right to set boundaries and he has a right to choose his actions. She is simply letting him know that if he makes a particular choice, this is what she will do for her own self-care.

Out of anger, fear, or attempts to control, betrayed partners sometimes make demands rather than requests. They also may set non-negotiable boundaries that they later decide are unrealistic or too severe.

When you’re in pain and your life feels out of control, issuing a demand can temporarily substitute for a feeling of power.

While all the expectations above are reasonable, when stated as demands they’re not relational. Why? We can’t tell another adult what to do—we can only request. Demands are an expression of the kind of “power over” I discuss in my article on power, rather than authentic personal power.

You can request that your spouse attend 12-step meetings, take a polygraph or not contact an affair partner. Your sex addict partner can answer with yes, no, or maybe. If your request isn’t honored, he will be giving you more information about his level of commitment to healing, recovery, and the relationship. You will also have to decide what his choice means to you and what you need to do to take care of yourself.